SkyWind will reduce cost and risk onshore and offshore. This is done by considering the total life span, including investments and operation and maintenance cost.

Where other turbines have been developed incremental since around 1980, SkyWind have asked necessary questions, based on operation of 250 different turbines.

Each element in the SkyWind solution is based on conventional technology, but put together in a new way.

SkyWind has also challenged the way a turbine is structured, with independent modules instead of smaller dependent parts. In addition the conventional way to install turbines has been challenged.

The SkyWind turbine is modularized. Each module can be fabricated separately based on exact specifications, and in operation each module is controlled such that input and output is monitored/recorded. Each supplier will then be responsible based on the specifications w.r.t. guarantees etc. 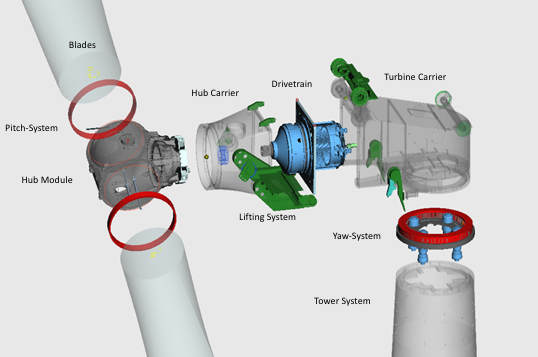 The individual modules are:

Normally, each turbine has its separate electrical system, and a turbine is therefore a power plant by itself. This is understandable for smaller units and form the starting point in modern wind turbines as it all started in the 1980s. But based on experience in larger wind farms, SkyWind has developed electrical systems based on external units. 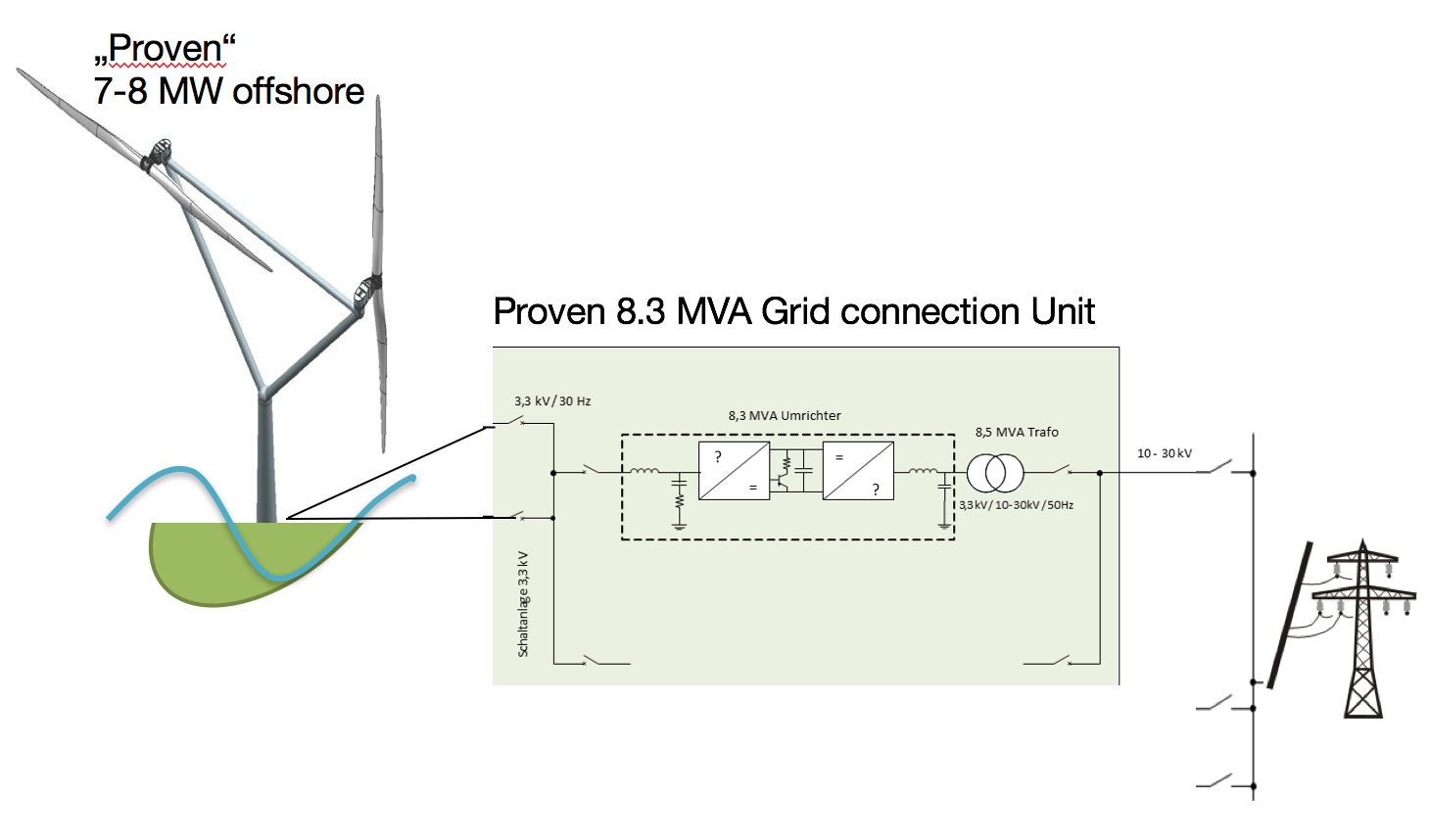 There are several advantages with this:

It is well known that two blades give almost the same output as three blades. Utilizing the turbine 100% will give some more noise, but offshore this is a smaller concern.

The advantages with two blades are:

The costs of normal scaling up reach practical limits, and analyses show that a twin rotor concept will result in reduced cost compared to scaling up the turbine.  In this way it will also be possible to use the same turbine, simplifying fabrication.

The onshore version (3.4 MW) is an optimized design, made as large as possible with given restrictions on transport and installation on shore.

SkyWind is developing a twin-rotor with a yaw system installed in the central tower unit. In this way two turbines can be installed on one foundation. The same basic SkyWind turbine is therefore suitable for both on and offshore wind.

Installation of turbines normally requires large cranes. SkyWind has developed a technology where the turbine is assembled at the ground level. This is allowed due to the two bladed design.

Most important, a large crane is replaced by a simple winch-system. The traditional nacelle is replaced by a load bearing house, which is in two separate modules. One element is installed as a part of the tower, and is also a basis for installing the complete turbine with the winch-system where the winch is at the ground level.

The offshore version will be transported to site with a DP vessel and lifted with a winch-system.